I have Moved! And added 8 more years of DIY Halloween Costumes!!
View everything here:
http://kelseyandco.org/category/halloween/

Dressing up was so fun this year! On Sunday we got dressed up to walk in the Howl'oween Haute Dog Parade. Its the biggest dog parade in the world :) And the beginning is kids and families. The weather was perfect so I didn't have to put Kallen in a shirt- which would've killed his costume. 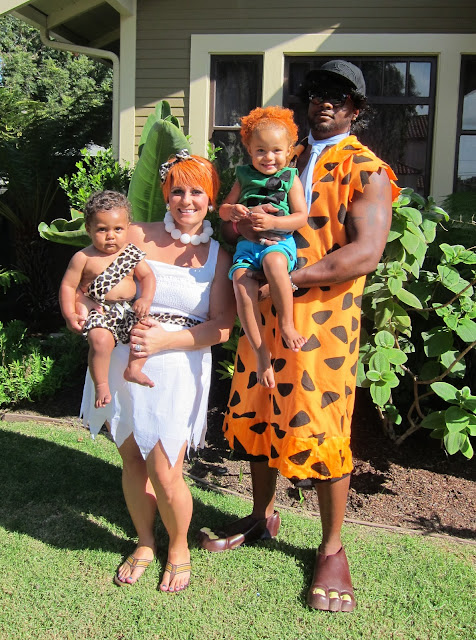 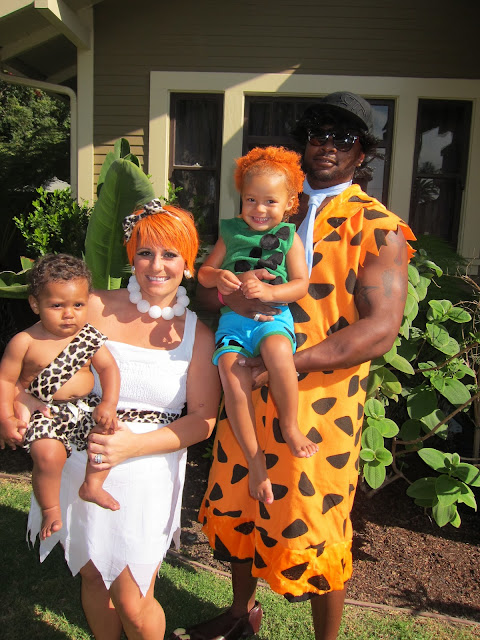 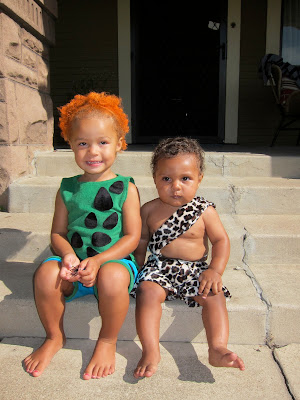 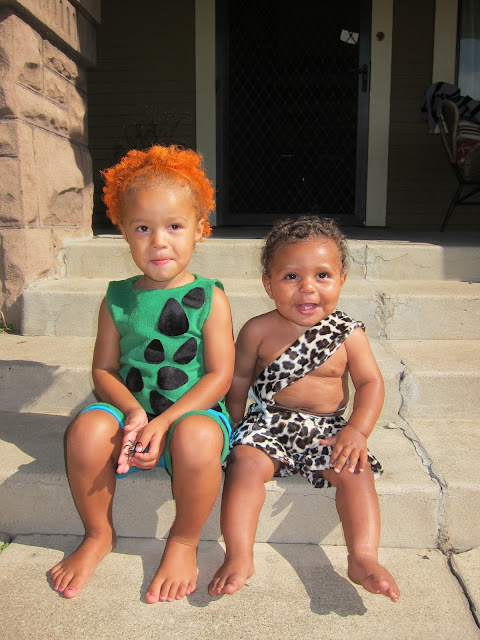 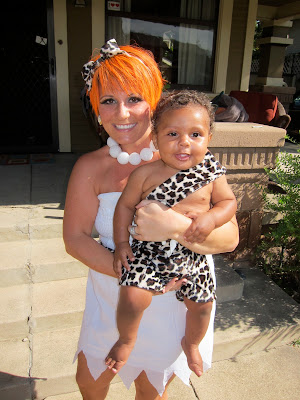 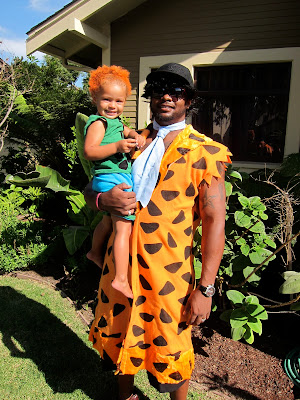 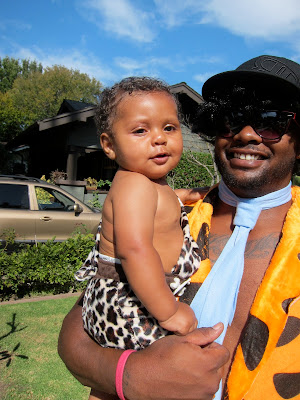 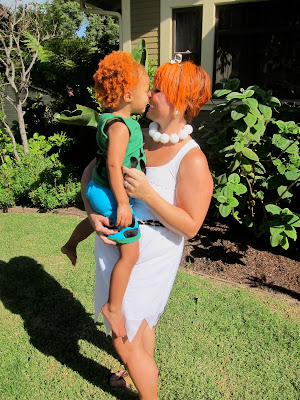 I was beyond excited once we were all dressed! I was a little worried about my costume and how it would turn out...but I was more than pleased with it :) My Dad made Raya and Kallen's costumes. They're so perfect! And Walmart made Gentry's. lol. I also made Barney and Betty costumes but didn't end up using them. If you're interested in being the Flintstones one year, DO IT! They're some of the easiest costumes to make- which is always a good thing. For example, the Wilma costume in a costume store was $40. I made mine for about $10 and, lets be honest, it was way cuter than the more expensive one ;) Towards the end of this post I wrote mini tutorials for the costumes. 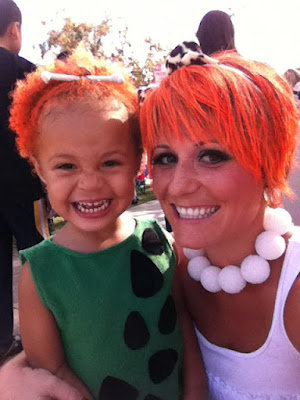 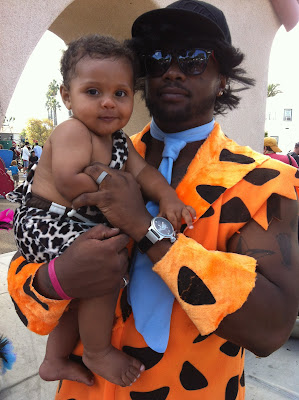 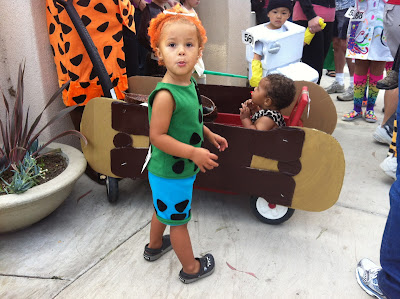 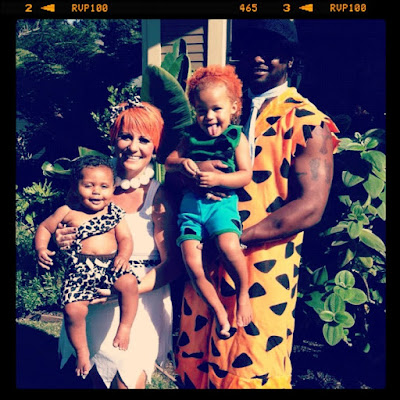 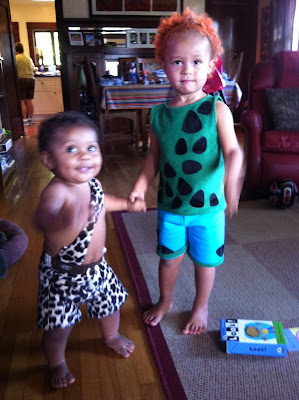 The parade was really fun. I kinda felt famous. LOL. All kinds of people stopped us and asked to take our picture. And the beginning of the parade starts on a red carpet and you walk down the red carpet and stop and pose for all these photographers. It was so neat. And Raya waved through the WHOLE parade. It was so.dang.cute!!! We also brought some candy to throw into the crowd but Raya decided to individually pass out each piece so we cut the candy part and just told her to keep up the waving. The night before we turned our wagon into the Flintstone's car and pulled Kallen in that. It was great. I was so bummed we didn't have more places to go! 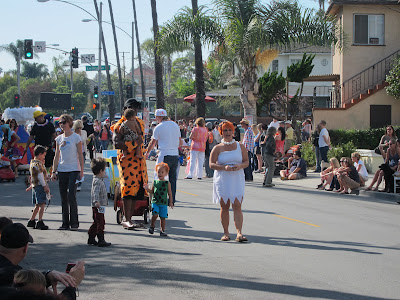 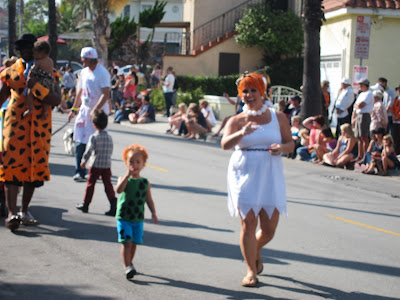 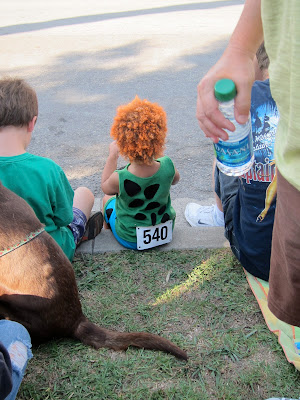 The actual night of Halloween we went trick-o-treating with the Gordon's. I only dressed Raya up because it was too cold for Kallen's costume. Raya could've trick-or-treated all night long. It was so fun watching her. Then we hung out at my mom's and passed candy out to the other trick-or-treaters. Oh and we finished our night with mexican food from one of our favorite mexican places a block from my Mom's house. Little did we know we'd get FOOD POISONING from dinner. OMG. Worst experience EVER. I thought I was going to die. It was so horrible. So that was sucky! 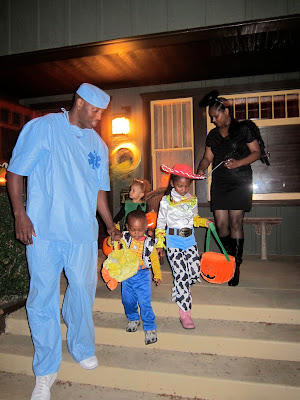 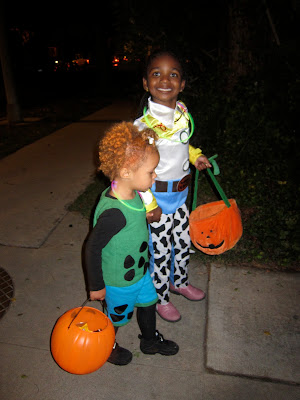 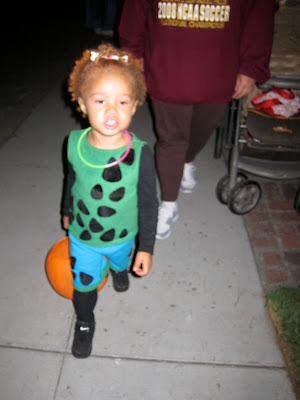 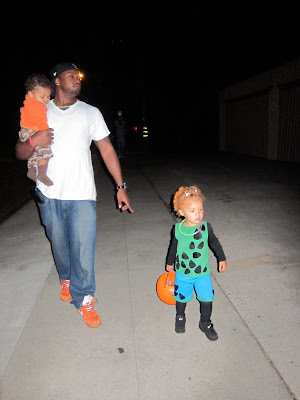 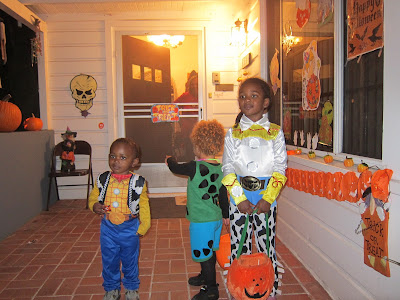 But all in all, it was my favorite Halloween yet! I'm guessing I only have about 1 more Halloween to pick out Raya's costume (if I'm lucky) so I'm already brainstorming what we can do next year to top this year :)


Here's what I did for the costumes:

Wilmas: Get a white tank top, cut one strap and tuck it down into the shirt so you have a one-strap top. Get a white dress (I used a bathing suit cover up that was a typical baby doll dress), cut the bottom zig-zag. Outfit is done. Get some white styrofoam balls from a craft store and with needle and thread string them together. Necklace is done. I found some white ball-like earrings at Forever 21. I used some of the extra leopard fabric from Kallen's costume to add a belt and make a bow for my hair- both are optional :) And get ORANGE hair spray. The orange hair dye is what really made it 10 times better. I originally had red and the morning of the parade something made me google Wilma and she clearly had orange hair so I went and exchanged it. Best decision ever. And I finished if off with some brown flip-flops. So easy! And I spent, at most, $15 for EVERYTHING.

Fred's costume would be super easy to make too. Its just a big orange shirt/dress that you could make out of some fabric and glue some black triangle pieces of felt on it and put a deep V-Neck in it and you're done! Add a big blue tie and a crazy wig and you're ready to roll.

For Barney I bought a couple of yards of brown fabric and made a shirt-dress like Fred's, cut the bottom and sleeves zig-zag like Wilma's dress. I cut a V-neck in the shirt and lined it with some leopard print fabric to add a little creative touch. And then if you can find a blond wig and cut it short and scruff Barney is done!

For Betty I bought the same dress I wore, but in blue. I added the strap that ties behind her neck with some fabric glue. The original costume's strap is black but I made it leopard print. It doesn't matter. And because the dresses were long and I cut them I used the extra fabric to make a matching blue bow for her hair. I also happen to have a dark brown wig that I was going to cut if we used it, but if you already have brown hair you're set! Wear whatever shoes you want. Pretty sure they're all barefoot in the cartoon...so its up to you :)

BamBam and Pebbles were made by my Dad. BamBam's were leopard print shorts with a matching sash. Its probably called something more manly than a "sash" but you know what I mean. My dad actually found a pair of brown shorts and sewed the leopard fabric to 12month shorts so we could be sure they'd fit Kallen. If you don't sew you could probably use fabric glue and glue the fabric to a pair of shorts. In the cartoon BamBam actually wears a skirt...and a lot of the other costumes are skirts, so you could go that route, but I will say the shorts worked really well for us. You couldn't see his diaper at all, which was nice because it didn't take away from the costume. And hopefully you live in a warm climate because the sash without anything underneath it is SO CUTE on a little chubby baby!
Pebbles was a green tank top that my dad sewed and added the black triangles to. The shorts were actually blue pants that he cut and added some of the green fabric to and also the black triangle. I've also seen Pebbles in a pink outfit and a leopard print outfit, so its all up to you what look you want to do. Don't forget the bow for her hair (which I forgot to put in before pictures :( but did remember for the parade!) And Pebbles had orange hair too, so I sprayed Raya's hair with the same hair spray I used.

Want my posts Emailed to You?

Kelsey
Huntington Beach, California
Blogging about my babies. I have a lot of them. And I'm not even Mormon!